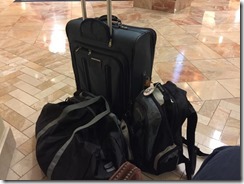 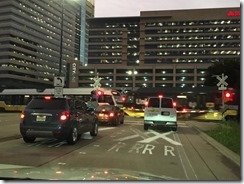 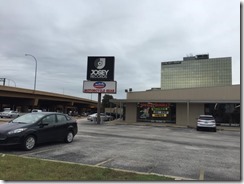 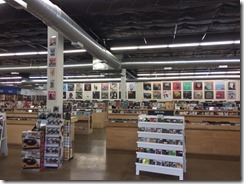 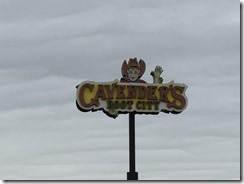 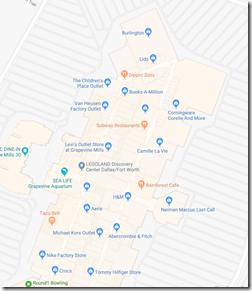 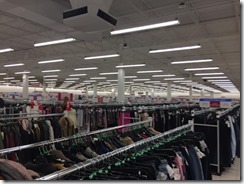 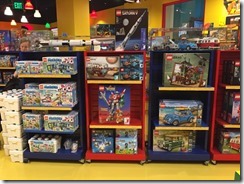 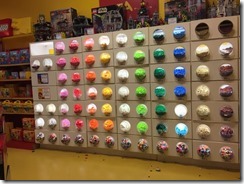 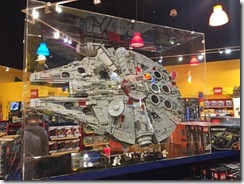 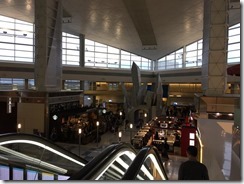 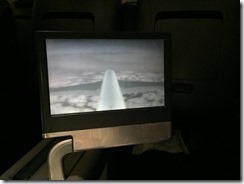 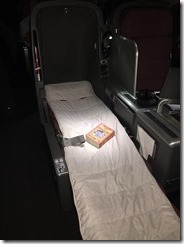 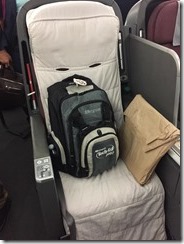 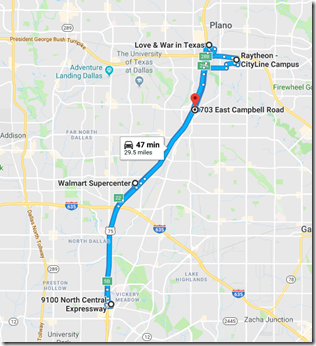 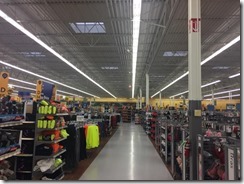 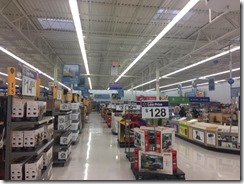 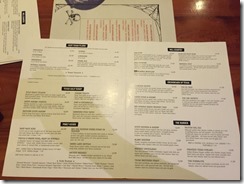 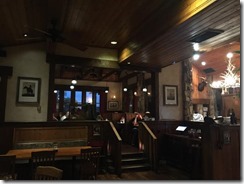 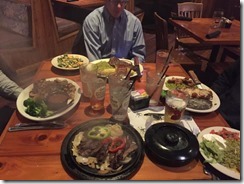 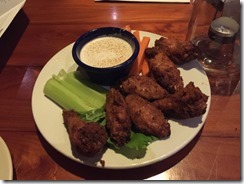 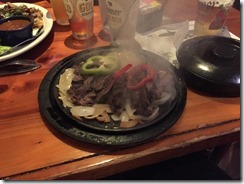 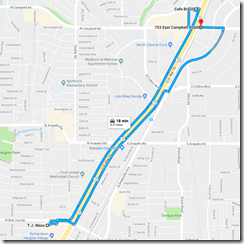 Monday, October 15, 2018 – Awoke at the Hyatt Regency North Dallas at 7:30am after a fairly reasonable overnight sleep.  This one was entirely owing to a plan I’d had to align with Dallas’ time zone whilst on the plane.  It worked, and I managed to stay awake all of Sunday, and therefore avoided jet lag.  The room at the Hyatt is fairly straightforward, although the twin queen sized beds were a plus.  The mirror in the bathroom had a clock in it, which was kind of interesting. 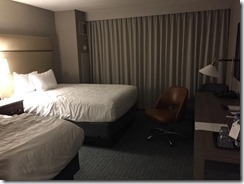 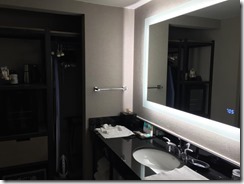 Peter, Will and I met downstairs in the lobby on time and decided to go across the freeway to a 24h breakfast place called Cafe Brazil.
Ordinarily we could have easily walked it, but it was teaming down with rain, so we had to drive instead.

I ordered huevo rancheros and bottomless specialty coffee (Brazillian and one other call Hot Jolt) and we tuckered in whilst talking about work.
It was actually very good, and certainly helped get the day off on the right foot – weather notwithstanding.

Next we drove south to a place called T.j. Maxx as none of us had packed water proof jackets.  It’s a discount chain, and had some pretty nice stuff at “doesn’t break the bank” pricing.

Here I bought two Nerf guns for the boys, two Halloween costumes  (blue and brown knights with shields, helmets and swords), a Halloween statue, a NASA hoodie for Toni and a jacket for me.  Shopping complete – or so I thought.
We then went back to the Hyatt, I made some quick updates online and got prepared to drive to the Raytheon facility for lunch and to begin Day 1 of training. 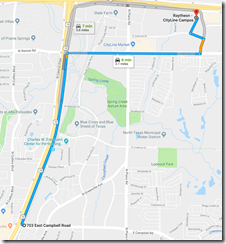 I won’t comment too much on the location or the course just to be prudent, but it was a good overall summary of the CAP content and the processes used to board certify architects.

We were at CityLine right up until 6pm after which we returned to the Hyatt.  Over a decade ago, I worked at a company called LEF Interactive, and had a boss who was a native Texan.  Her name is Kathey and we often socialized in and around work – particularly during Halloween when Kathey and her partner Russell would throw awesome parties.  After I found out I was Dallas-bound, I naturally dropped them a note.

I was picked up by Russell and we drove to a Taco place near his (and Kathey’s) place called Chillitos.  We ordered take away and then went to their new house to watch the Monday Night Football (Green Bay vs San Francisco).  Their place is just awesome, and the icing on the cake is Russell’s brilliant media room set up. 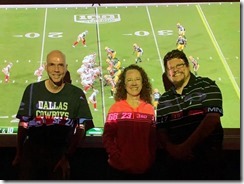 After the game, Russell dropped me back at the Hyatt where I Skyped home to say hi to Toni and the boys before hitting the sack – 6:45am start the next day!