The big news of late 2018 is that we’ve bought a holiday home on the New South Wales South Coast.

This means a lot more holidaying but less further abroad than usual.  We’ll still use our Wyndham/Trendwest membership to voyage further abroad, but for now at least we’ll be happily resigned to our new getaway place.

It’s taken a lot of manual labour, but we’ve managed to transform the place into a lovely spot to call our own.  Two large bedrooms, one bathroom, kitchen and lounge/dining on just under 600m2, a short drive out of town. 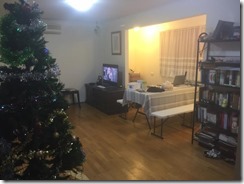 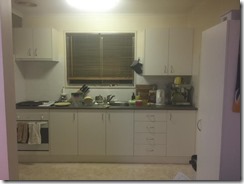 Today we picked up one of the missing pieces of the puzzle, a second hand Sunbeam EM7000 which is a very nice machine: 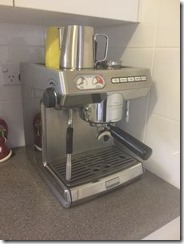 The result is a lot more beach and fun! 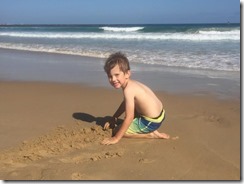 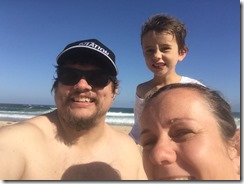 If you need me I’ll be somewhere close to here: 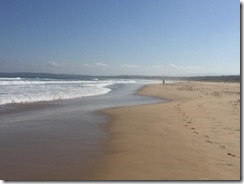 On the weekend, we made the long journey north to Newcastle.   Saturday, returning from a date at Kariong, we stopped at a beach on the way north near Swansea called Caves Beach.  This is a beach that I spent many a summer bodysurfing at, as well as many hours climbing and exploring the system of caves along the headland. The map above will give you a general feel for where the beach sits in relation to other points of interest.  For those unfamiliar with the Lake Macquarie region, it rests fifteen minutes to the south of Newcastle, or about an hour north of Sydney.  Caves Beach is located five minutes drive southeast of Swansea which is located around the middle of the Macquarie Lakes district, north of Doyalson. Jake loves the beach, and the day offered a combination of hot, sunny weather and temperatures leading you to the temptation of dangling a foot in the water.  We parked at the top of the headland which offered wide expansive views across the sandy shore, and we made our way down via a well maintained set of stairs. The beach was quite busy, populated largely by local schoolkids.  There were plenty of people milling around the popular caves to the south (under the headland) and I took the time to reconnoitre the area with Jake atop my shoulders.  He squeaked in excitement as we entered the main cave, and I transferred him to the sandy ground once the cave grew too small to entertain his heightened position. We returned to the beach proper, and I made a compelling case to Toni (now 36 weeks pregnant) that it was worth the effort to explore the caves.  So the three of us went back through the main cave, and as Jake toddled through the larger of the gaps in the wall of the cave, took to a broader trot and made a bee-line for the surf.

That little boy just loves the water!  I caught up with him and then took a few photos as he stuck his feet (and hands) into the mild surf, surrounded by fascinating rocks, worn down by the relenting sea.  We then retraced our steps and made our way back to the main beach. Our return to the car took us back up the side of the headland, and as we ascended, Toni took a rest while Jake and I explored the scenic lookout nearby.  It was a glorious day, and the blue sky perfectly complimented the wash of clear blue water surrounding the intriguing shapes of the exposed rock which makes up the coastline.  We eventually returned to the car and went on our way.

Caves Beach is one of the best surf beaches in the region, and highly recommended if you find yourself in the area.