Our final day is mostly a return trip to home. 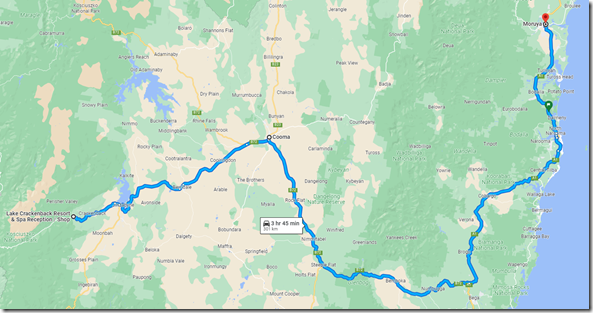 Having packed most of our luggage the previous night, and with a partially packed car, it made for light work in the morning.

At 7:30am, rose and looked out the window – more frost, no surprise!

While everyone was still stirring, I snuck outside to get a few more early morning photos of the lake and the frost surrounding the chalet. 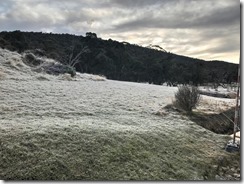 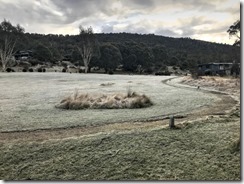 Learning from yesterday, we all drove down to Cuisine for the hot buffet breakfast and a coffee for T and I.  At this time of the day, the sun not having risen above the surrounding hills, the windows were unshielded (shades down), so we had uninterrupted views across the lake to our chalet. 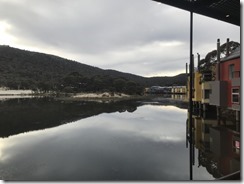 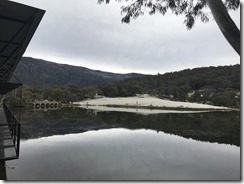 I had the same combination of items as yesterday, save a bowl of cereal I omitted.  There were noticeably fewer people, but that might have been the time of the day (around 8am) and on a Monday – perhaps a lot of the weekender types had left the day before?  As yesterday, the kids returned to the kid’s room, and we played 4-player fussball, with D and T winning by 3 goals over J and I. 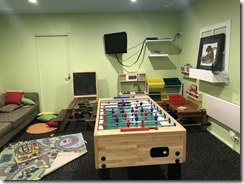 With that, we returned to the chalet and did our final packing & inspection.  Ensuring nothing left behind, we left the chalet in top condition, did a final loading of the car and headed out. 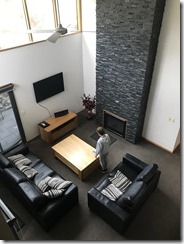 On the way to reception, we stopped at the corner of Rocky Rd and the main street so that the boys could post their colouring in to Wally the Wombat.  Damian claimed he could see Wally’s leg in his warren, but we weren’t so sure. 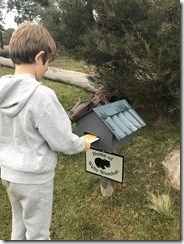 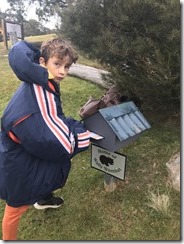 Before handing in the checkout slip, we used the archery range one last time even though the crisp low temps made the pain on our fingers a little less bearable than previous days.

I had a look at a nearby suspension bridge, and looked out over the mountain biking trails. 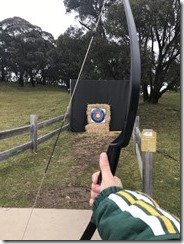 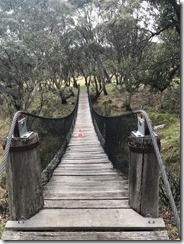 We finally bid the resort adieu, and drove back to Jindabyne for one last time.  The road markings in snow country are yellow, likely to help in less ideal conditions.  The countryside is picture perfect, and the air & water second to none.  We had an uneventful trip into town, enjoying views of Lake Eucumbene as we approached. 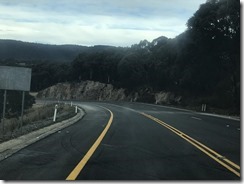 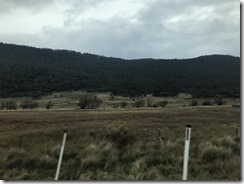 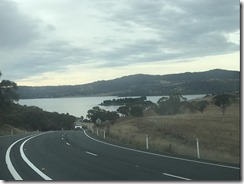 T filled a script at the pharmacy at Nugget’s market, and the boys and I marvelled at the many, many boxes of Lego – many out of print sets which can’t be easily acquired (at a price).  Damian bought a $20 set with his pocket money, but otherwise we just continued on our journey.

This time, instead of the crazy backroads, we took the main route to Cooma and stopped there for lunch, playground, bathroom time and.. record hunting at a place called Dorothy Dickens Books & Music.  I also checked out the local Vinnies, where I picked up a 12” single.  While we were in Cooma it started to rain.  We ate lunch at the “Under the Elms” café which catered nicely for the kids.  I had a splendid mushroom soup (pictured), which was the perfect antidote to the rain and the cold. 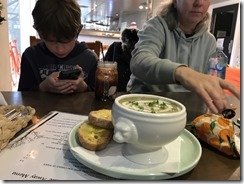 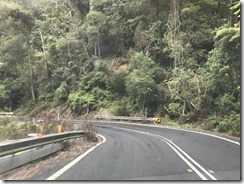 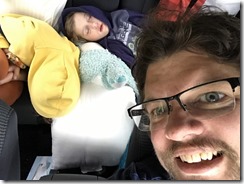 The kids fell asleep just outside of Nimmitabel and woke up just south of Narooma.  It was peaceful.

After about two and a half hours of driving, we had an uneventful return home – aren’t they the best kind of results?

Well, that’s it folks.  Our mini-holiday™ concluded on the ACT public holiday, and we return to partial showers and winter being upon us.

At least we tackled it head on!