January brought massive, terrifying bushfires to my hometown and to my region.  We escaped the south coast the day before New Years eve, and were likely the second last car out of the whole region (other routes having all been closed).  I’ll never forget eyeballing the massive fire front threatening Bemboka from the north as we sped past. 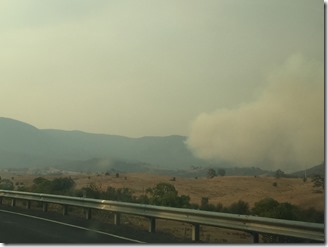 We continued to choked on smoke 20x hazardous levels and wore P2 facemasks indoors.  Things got so desperate we  had to nail sheets up on either sides of each door to try and contain the smoke from getting inside. The smoke would be so large, for so long, that it eventually crossed the Pacific to Chile.  While we were struggling to breathe, we packed up the house just in case we needed to evacuate.  We did this TWICE in December-January, once from our coastal property and again from our house in the nation’s capital. 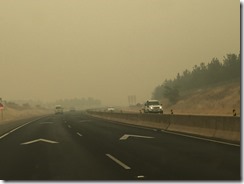 Smoke on the Tuggeranong Parkway

By the second week of January I said “enough!”, and submitted a weeks’ leave request.  We were lucky enough that we could fly the family south to Tasmania to escape the killer smoke and fire threat.  Upon returning, I decided it was time to make some changes. 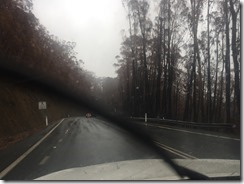 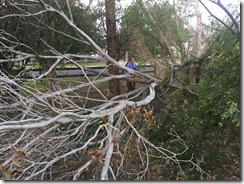 Remains of trees on the Clyde Mountain/Tree down 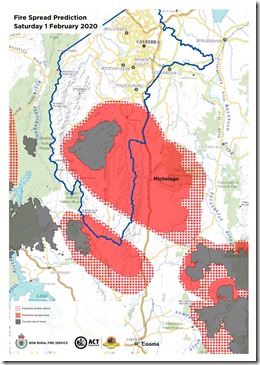 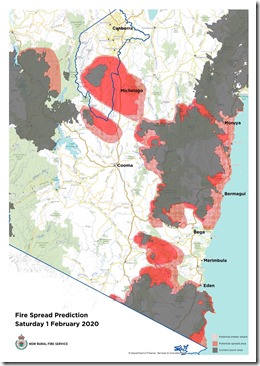 We managed to survive the fire front which threatened southern Canberra, but we were never truly out of risk from fire to the south west.  The property on the coast.. the fire came from the north-west and within 100m of our place.  Then it flooded in town.  A tree came down at the coastal property and Toni and I had to chop it up and hire a trailer to move it to a green waste facility 50kms away in that stupidly hazardous smoke filled air.  Back in Canberra, we avoided the deadly hail which caused massive car damage. 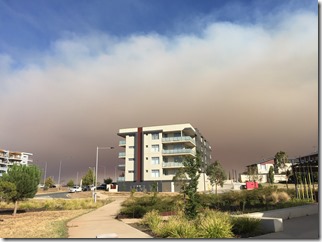 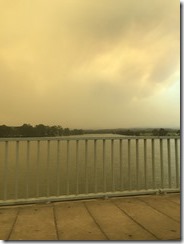 It was only mid-February. 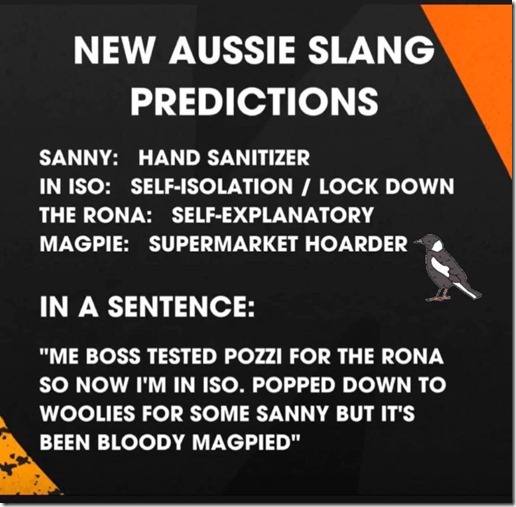 Aussies developed their own humour

While this was all going on, Toni changed jobs and moved to another Government department.  At the same time, we had been slowly preparing the Canberra property ready to be shown for sale.  By the end of February we were finally ready to list.  We engaged an agent in early March and listed the property – just as COVID hit Australian shores. 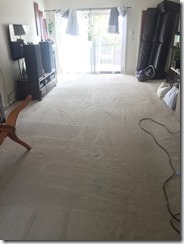 At this stage, a sane person might question the logic of trying to sell a property in the middle of the first wave of a global pandemic, but not us!  Once open houses had been banned, it moved to individual by-appointment inspections.  At around this time the schools closed and children were to be taught remotely.  So the whole four of us, locked down, during a pandemic are trying to keep our small house inspection ready. 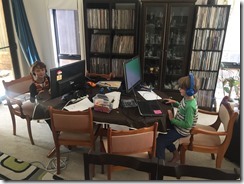 Within two weeks of being on the market we had a reasonable offer which we accepted, only to have the potential buyer jerk us around for a stress inducing week, and pulling out.  The very next day another buyer offered the same initial asking price and we accepted.  It took four weeks for exchange while the buyer had their full financing approved.  So we waited. 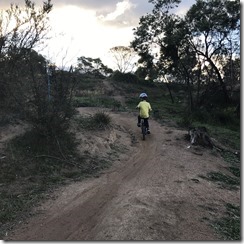 We got a lot more outdoor exercise during lockdown

The kids moved to work from home, and lockdown continued.  Exchange did eventually occur, and settlement was much later on June 22nd, despite efforts on our part to bring it forward a little. 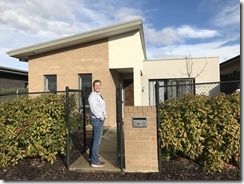 We are now living and working out of the coastal property in Moruya, which has now been subject to further mass flooding and COVID scares. 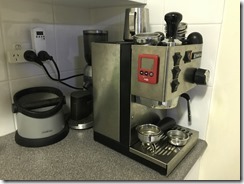 Throughout all of this one genuine hero has emerged – our nine year old Rancilio Silvia.  An espresso machine with a brass boiler of solid gold.  It has kept us caffeinated and hasn’t ever quit.  It still makes an outstanding shot.  In 2020, we need our coffee. 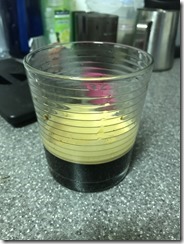 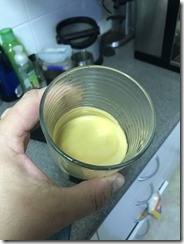